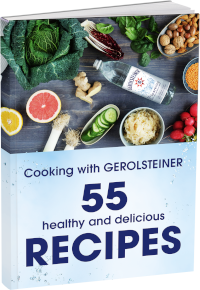 Subscribe for the Gerolsteiner Newsletter and receive a
FREE E-BOOK

Thank you for visiting Gerolsteiner.com. We are glad that you are interested in using our web service. Your online privacy is very paramount to us. As a result of this, the details contained in this notice are intended to inform you about our data policy. We have implemented technical, physical and organizational measures to secure your personal information from accidental loss and from unauthorized access, use, alteration, disclosure or access against all other unlawful forms of processing. Our Site may include links to other interesting Internet sites that are owned by other third parties (external sites). These other websites will have their own rules on privacy. Gerolsteiner.com is not responsible for the privacy policies of External Sites. Below you find information about the processing of your personal data and your rights within the use of our web service.